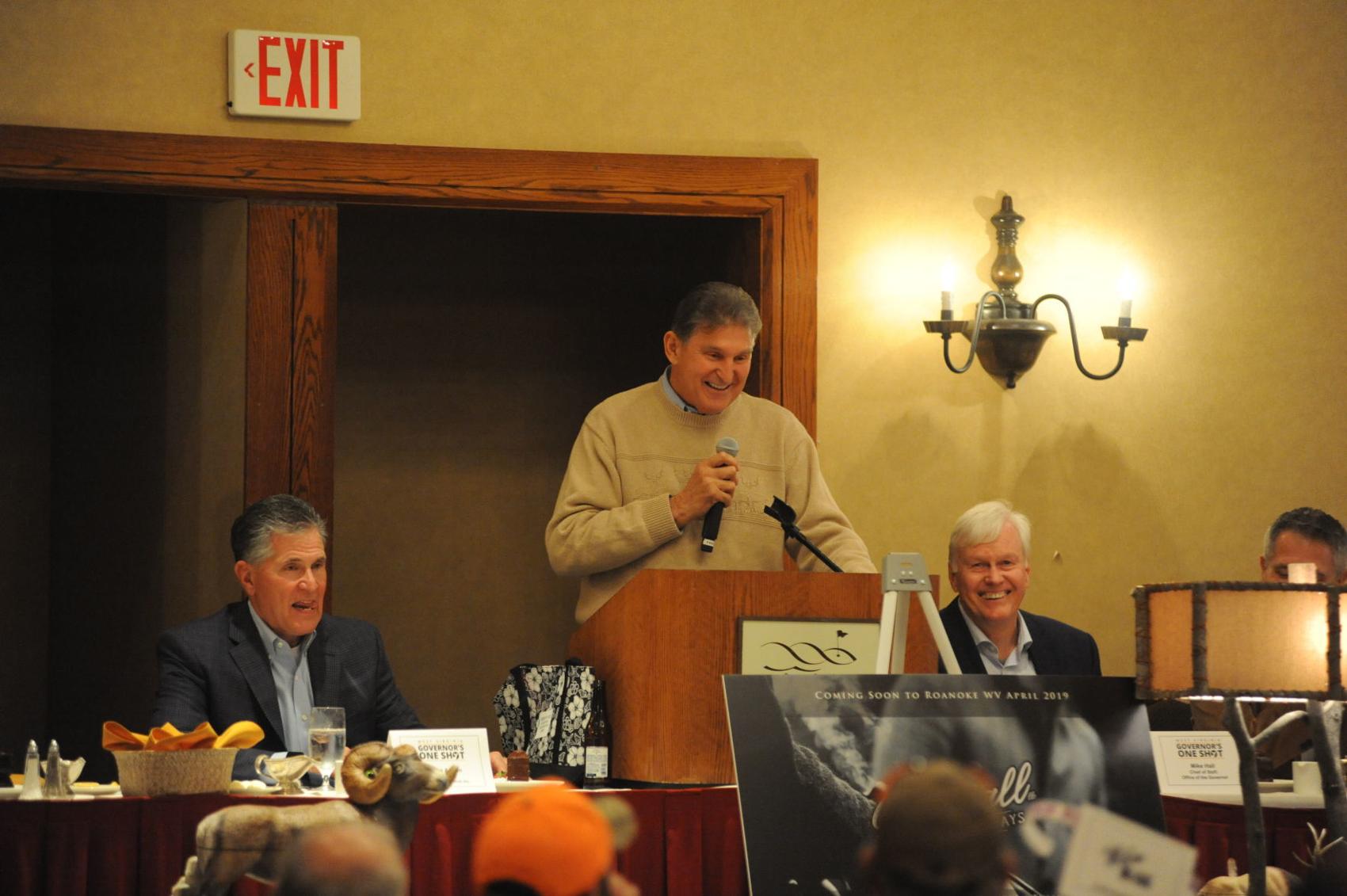 During the annual hunt, private individuals and businesses donate money for the opportunity to participate in guided antlerless deer hunts on private property near Stonewall Resort State Park. The hunt ends with a banquet.

All venison harvested during the hunt is donated to the Hunters Helping the Hungry program, as is the money donated participants. The hunt has raised over $600,000 since 2007.

The program works by having hunters take harvested deer to participating meat processors, where it is ground, packaged and frozen. The Mountaineer Food Bank in Gassaway and Facing Hunger Food Bank in Huntington then pick up the venison and distribute it statewide to a network of 600 charitable food pantries, senior centers, shelters and other nonprofit organizations.

The program has been in operation for 26 years and has provided over 1.3 million meals to families in need in the state.

The Governor’s One Shot Whitetail Hunt started in 2006 when Sen. Joe Manchin, D-W.Va., was serving as governor.

“I attended the Wyoming Governor’s One Shot event with a friend,” Manchin said at Saturday’s banquet. “On our way back, I told him we need to do something like this for West Virginians, so we reached out to the food banks. And now we have raised hundreds of thousands of dollars and fed thousands of our fellow Mountaineers.”

The hunt is sponsored by the state Division of Natural Resources and the One Shot Committee.

Glenn Adrian, president of the One Shot Committee, said the goal is to help grow Hunters Helping the Hungry, raise awareness of hunger in West Virginia and benefit thousands of families across the state.

“We take something that is so natural to West Virginians and share — at no cost — to people throughout the state,” Adrian said.

The One Shot Committee also makes annual donations to the Mountaineer Food Bank, ranging from $25,000 to $35,0000, for food, fuel, vehicle repair and other costs.

John Palmer of Lost Creek took part in this year’s hunt, taking to the wood of Braxton County Saturday morning with his daughter, Kelsie Palmer, and friends, Tony Conrad and Donald Conrad.

When asked who was first to take a deer, Palmer spoke with pride: “My daughter.”

Kelsie Palmer dropped her deer at about 8 a.m., right after the fog had lifted.

“It was very cold with fog at first, but we had a great day,” said the younger Palmer, who is a professional archer and winner of the 2015 International Bow Hunters Organization World Champion.

Peter Cuffaro of Wheeling, who serves as a DNR commissioner, agreed.

“This is important because we are helping a great program — Hunters Helping the Hungry,” he said.

Venison is nutritious, in high demand and a cultural staple in the Mountain State, according to Cuffaro.

“This is truly a state program because all of the donated meat helps families across the entire state, not just one area,” he said.

Cuffaro said he treasures his memories of growing up and hunting in the Wheeling area.

“My dad, Tom Cuffaro, took me squirrel and rabbit hunting a lot, and, being of Sicilian descent, the squirrel meat and the rabbit meat ended up in a lot of cacciatore dishes with spaghetti sauce,” he said.